The Foundation Stone for St Paul's College laid on 27 July 1958.

Built in response to the demand for Catholic secondary schooling in the developing suburban area of Gilles Plains, St Paul's College was to house school buildings funded by the Walkerville, Kilburn, Clearview/Enfield, Northfield and Hillcrest local parishes on a 22 acre lot allotted by the South Australian Housing Trust. 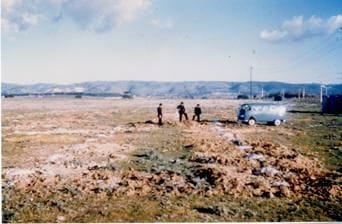 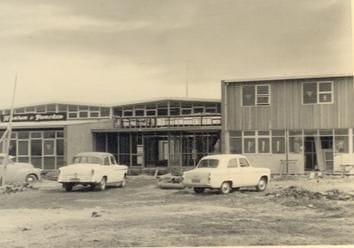 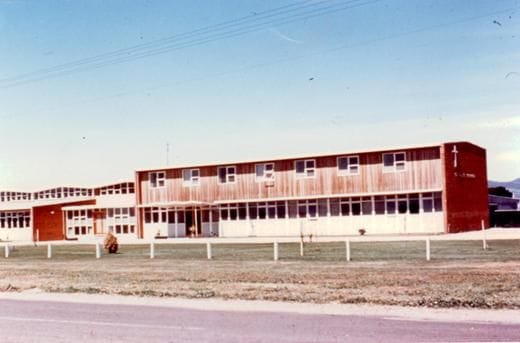 First building 1958-1959
St Paul's College was established following the closure of St Laurence's primary school for boys in Ovingham, where the Christian Brothers had been for 53 years. The site had been suggested by Father Thomas O'Rourke, the Parish Priest of Walkerville, who joined other local parish priests and diocese in entering a formal agreement with the Christian Brothers that saw the Brothers own and operate the new school.

The new college's innovative design featured a series of 'end on' classrooms around a hall with a minimum of institution like corridors, which The Advertiser, reported to be "as informal and home like as possible" (Cockburn, 1958, p2).

On 2 February 1959, St Paul's College opened its doors to 117 boys in Years 5 to 8. During the year enrolments expanded to 228 as the new college continued to grow. In 1961 following a school inspection, a report to the Provincial Council stated that it was "a source of wonder and pleasant astonishment that so much has been accomplished in so short a period". A report by a South Australian Department of Education inspector the same year stated "the school is in very capable and progressive hands".

In 2014, the College progressed its primary school to include students in Reception for the first time. With increased enrolments in 2017 saw our first intake of Year 4 students, St Paul's College has become a complete Reception to Year 12 School.